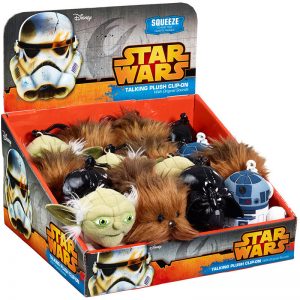 See you the softer side of the force! These fantastic Star Wars mini talking plush clip-on’s. 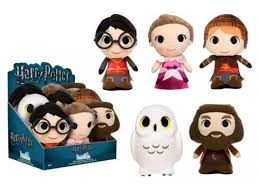 There’s nothing better than snuggling up with a good book or movie. Now you can snuggle with characters from your favorite book or movie! Based on the Harry Potter film series, Harry Potter SuperCute Plush Wave 2 includes Hedwig, Hagrid, Hermione in her Yule Ball dress, as well as Harry and Ron in thier Quiddiych uniforms! (One Supplied) 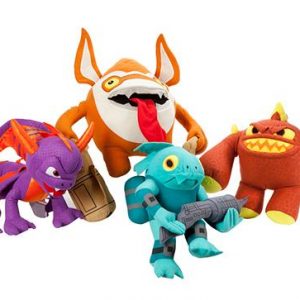 Perfect gift for all Skylander Fans!

Spyro hails from a rare line of magical purple dragons who can harness the power of the Elements of Skylands, though he prefers to master fire. But his innate ability with Elemental powers also leaves him vulnerable to darker magic. When The Darkness is nearby, Spyro can channel its energy and combine its power with his own, becoming Dark Spyro! Over the years, he has learned to focus and control this power, using dark magic to fight the forces of evil.

Gill Grunt is a Gillman who first appears in Skylanders: Spyros Adventure. He can be found with two other Skylanders in the starter pack for the console game. He is a strong fellow who is very talented with the element of water. When Gill Grunt was young, his city seemed very boring to him. In his search for adventure, he decided to join up with the Gillmen Mil 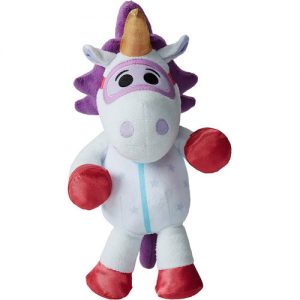 Ubercorn has got the beat to keep you and the Go Jetters moving your feet. Part mentor, part disco dancer and part geography guide, Ubercorn is all-cool and all-funky.

Squeeze his tummy to hear him say fun, familiar phrases from the Go Jetters animated series. 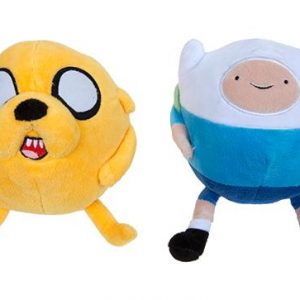 Adventure Time is an American animated television series. It follows the adventures of a boy named Finn, and his best friend and adoptive brother Jake, a dog with the magical power to change shape and size at will.

Finn and Jake live in the post-apocalyptic Land of Ooo, where they interact with Princess Bubblegum, the Ice King, Marceline the Vampire queen, BMO, and others. 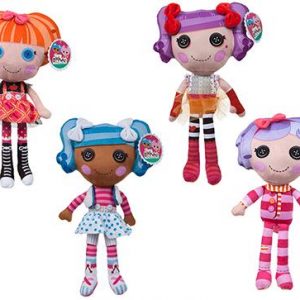 4 designs to choose from or the full set 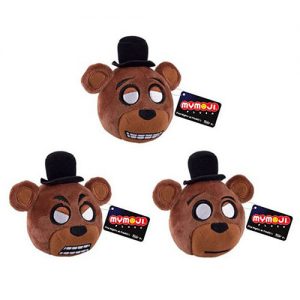 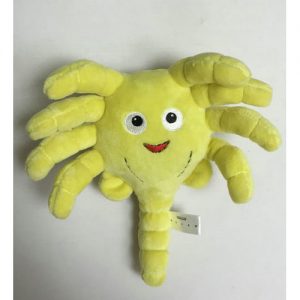 Item is Made of Super Soft Velboa Plush 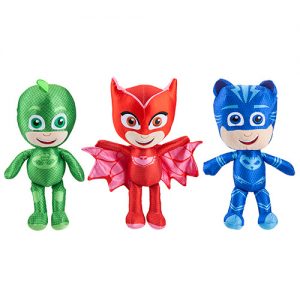 Children will love cuddling these soft PJ Masks heros. They are the perfect size to be taken everywhere they go. Send them on heroic night time adventures and collect all four characters available the fast and agile Catboy, the high flying hero Owlette, the super climber with super strength Gekko.
The perfect gift for any fan of the hit TV Series, PJ Masks. 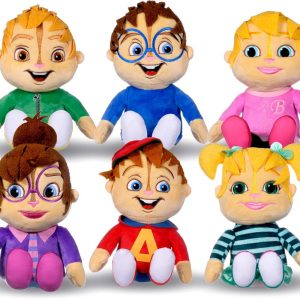 What makes Alvin so adorable? Naturally his rebellious streak and his brash ways which make him stand out as the quintessential rebel. Needless to say, he’s always getting into trouble because of his ah-ti-tude. Standing in stark contrast is Simon, the sage, who is a bit too serious for his age. Theodore is the baby of the family while the chipettes (females) include the beautiful but vain Beatrice, the introverted Jeanette and the affable Eleanor. Truly quite a handful for harried dad who can’t seem to be able to keep them out of trouble.

An adventurous teenager sails out on a daring mission to save her people. During her journey, Moana meets the once-mighty demigod Maui, who guides her in her quest to become a master way-finder. Together they sail across the open ocean on an action-packed voyage, encountering enormous monsters and impossible odds. Along the way, Moana fulfills the ancient quest of her ancestors and discovers the one thing she always sought: her own identity.